You are here: Home › Home Ownership › What I’ve Learned As An Accidental Landlord 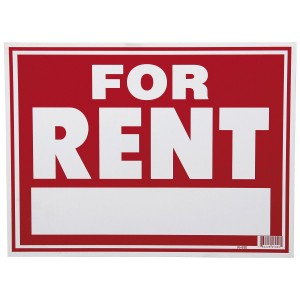 In 2011 our family moved from our starter home into our dream home. We had saved up enough money for a 20% down payment and had planned to not buy a new house until our first house sold.  We spent months looking at houses and the perfect house came up for sale.  We listed our home and waited. After 3 months of waiting we decided that it made sense to grab the house while it was available and most likely our old house would sell in a couple more months.  It did not.  We ended up carrying two house payments for over a year. We had two deals drag on for months, and then dissolve at the last minute.  Although we absolutely did not want to be landlords, we put ourselves in the position where it made sense to rent out the house.  For almost 2 years we have been landlords and along the way I have learned several things, most importantly, that I have no desire to be a landlord.

1. Tenant screening: This is probably the MOST important thing a landlord can do.  When we were approached by our Realtor with a rental opportunity we took it in order to stop the bleeding from occurring.  Carrying 2 house payments (and taxes, insurance, utility, and upkeep) for a year had taken a huge toll on us. We just went along for the ride.  We didn’t ask for references, job history, credit info, or financial standing.  We didn’t even interview the guy. I’m sure if we had done this we would have seen some red flags.  Had we taken an extra month or two to advertise the house as a rental, I am sure we could have found a more suitable tenant. We were being way too passive, and you can’t be a passive landlord and expect to be successful.

2. Research area rents: We have never rented out a house before. The only time Mrs.C. and I were renters was when we first got together and rented an apartment for a year.  We were offered a certain amount of rent, and then ran the numbers for a break-even scenario on our expenses, which was about $50 more and asked for that.  Although the rate felt reasonable, upon looking at similar homes in the area, we were under charging by about 30%.  If we could do it all over again we should have/ would have looked at comparable rents in the area.

3. The phone ringing is bad: Tenants don’t call to deliver good news.  A phone call from a tenant usually means there is a problem, or worse that a problem has been going on for some time.  It’s one thing to have to get maintenance calls when something goes wrong, its a whole different story when its months after something went wrong. Stressing that repair and maintenance issues need to be reported in a timely matter is highly important.

4. I hate collecting money:  In my entire life, not once have I paid rent or a mortgage payment late. Not once.  I figured the vast majority of people did the same thing.  I know if I was going to have to pay it late, I would at least contact the guy in advance.  Although my tenant always pays his rent eventually, it is rare that it isn’t late.  the first 6 months he was good with paying on time, but after that it has been on average 10 -15 days late.  Although we charge a small fee for payments later than 10 days, it is still inconvenient.  I hate the fact that we even have to call someone about it.

5. You get a lot of WTF moments:  Our tenant had originally wanted to buy the house from us, but he didn’t have the money to do so so we rented it out to him.  One day we received a letter in the mail stating that we were in violation of a city ordinance because individual rooms were being rented out, which is not allowed.  Come to find out, he had 6 people living in our house, and still paid the rent late! We, along with the township authorities had to communicate this effectively and the situation got resolved, still not something you expect. Situations like this are probably a lot less common for people who spend a decent amount of time and effort on lesson 1.

6. It doesn’t matter what is in the lease: Just because you put no smoking in the lease doesn’t mean they actually won’t smoke in your house.  Despite the fact that it was in our lease, and discussed verbally, smoking was taking place in our rental house. We had to stop by for a maintenance call, and found 3 people actively smoking when we got there. Yes we can charge for damages and cleaning when he leaves, but it will still be a major inconvenience.

7. That Mrs. C. Has WAY more patience than me: OK, I already knew this, but through this whole ordeal she has dealt with all the tenant relations, which is certainly a very good thing. With all the craziness that has gone on she has dealt with our tenant which has made my life much less stressful. I’m sure if I was handling everything I would have evicted our tenant quite some time ago and we potentially could have lost several months of rental income.

8. Refinance a property before you make it a rental: If it’s a primary residence home that you turn into a rental, refinance

it before making it a rental. I wish that we had done this. Our original loan on the house had a 7.37% interest rate on a 15 year mortgage (taken out in 2007 when we had literally no credit).  We had planned to sell the house, so refinancing would have been an extra hassle that wasn’t needed. When we finally did refinance our rental property our payments were lowered by $100 a month and we switched it to a 10 year mortgage, which increased the principal to interest ratio. By delaying this process for two years we spent an extra $3,000 in interest and had a lot more hassle with getting the refinance done since it was on a rental instead of a primary residence.

Are you a landlord? What have you learned along the way?

4 Responses to "What I’ve Learned As An Accidental Landlord"