You are here: Home › Saving › How An Emergency Fund Made Life Easier

For years Mrs. C. and I have kept a fairly sizable emergency fund, because you never know what is going to happen.  During the last 4 years we have had to pay for 2 unexpected furnace replacements, 3 beater car replacements, a few medical expenses, and a funeral.  Early this month our emergency fund cushioned us from the largest hit it has ever taken,  our primary mode of transportation, Mrs. C.’s 2004 Honda Odyssey became an ex-van.  While she was driving down the highway the van jumped time and the engine became destroyed.  We had been valuing the van at an approximate $3,000. We just sold it for $650, representing an effective $2,350 loss. 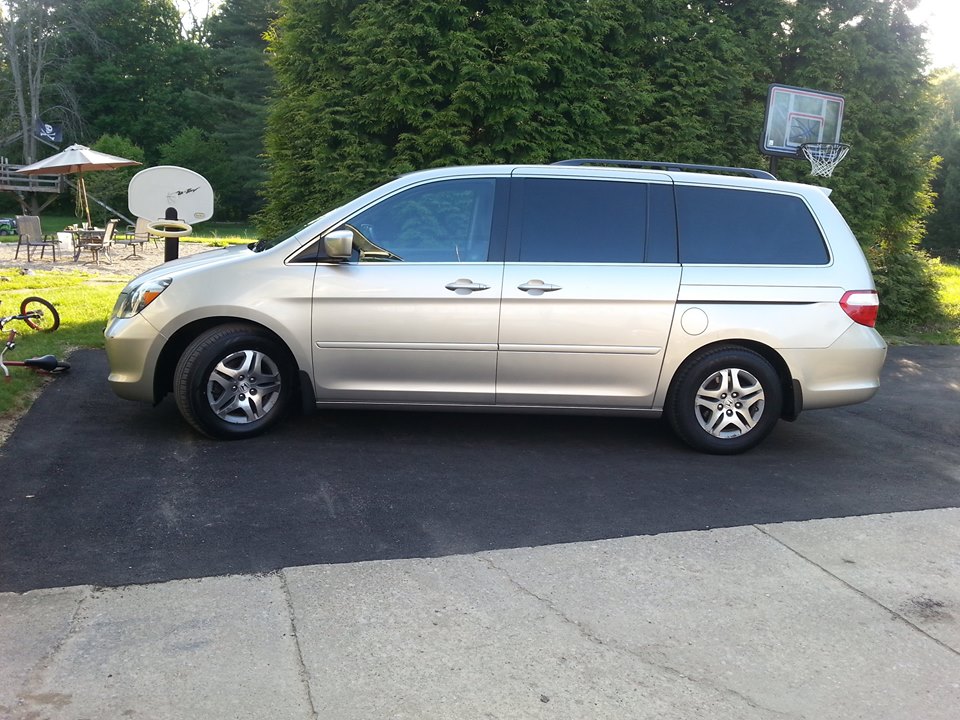 buying a new van was on our list of action items in our 5 year plan, but the goal was to stretch it out at least another couple years. Since the van had a somewhat early death, we decided instead of replacing it with a similar van in the $3,000 to $4,000 range to go ahead and upgrade now.  We did some searching and upgraded to a 2007 Odyssey with only 115,000 miles on it.  The total cost including taxes, title, etc. ended up at $9,750.

Apart from being newer and having fewer miles, this 2007 Odyssey also has some great additional features that our old van did not.  In the middle row there is a 3rd seat that can be removed or left in place.  This changes our carrying capacity from 7 to 8.  This is important because we have 4 kids that live with us, plus two nephews who don’t.  Having a vehicle that seats 8 allows us to take them all someplace in one vehicle.

The middle row windows roll down and they have built in sun shades that roll into the door frame.  Both of these are great features for keeping the natives from becoming restless.  Another feature that is a big help to us is the back row seats are split, so it is much easier to fold the back row seats down. The van also has a luggage rack, which could come in handy in the future with moving kayaks.

How An Emergency Fund Made Life Easier:

When most people buy a $10,000 vehicle, they will typically get a loan, ranging form 36 – 60 months, while putting little down.  With our emergency fund we were able to pay cash for this vehicle a day after our 2004 Odyssey died, without having to sweat about money…And we still have 6 months of expenses in the bank.  A 60 month loan at 5% would cost $190 a month and result in us paying an extra $1,300 for the car, PLUS we would also have to carry full coverage, which would probably double the cost of insurance for 5 years.

We didn’t have to go through the hassle of asking a bank for a loan, or having a car dealer trying to sell us on a loan versus a car.  We were completely in control of the situation, and that is what an emergency fund buys you; control.

Percent of Income and Net Worth Wrapped Up In Vehicles:

One aspect of upgrading Mrs C.’s van that I don’t like is that it greatly increased the percent of income and percent of total net worth we have wrapped up in vehicles.  If Mrs. C’s van is worth $10,000, my car is worth $1,000, and our lawn mower is worth $1,000, then that’s $12,000 in vehicles.  As a percent of last years income this comes to around 15%.  As a percent of total net worth it is around 6%.  My goal is to keep vehicles as a percent of income under 10%.  Since we had been significantly under 10% for a long time,  I’m okay with temporarily being over that threshold.  By the end of 2017 it should be closer to $10,000 in total vehicles and $80,000 in total income, which would put us at 12.5%.  Since Dave Ramsey recommends being under 50%, I think we are still in good shape, especially since everything is paid for.

Additions To The Van:

We kept the power inverter from our old van to allow us to use standard AC plugs in the vehicle.  We also purchased a dual screen DVD system for the van to allow everyone to watch a move on long car rides.  This weekend we are embarking on a week long trip to Orlando Florida to visit Universal Studios and to hopefully witness the next Space X Rocket Launch from Cape Canaveral.

Taking a $10,000 hit to our cash position was scary, especially since we just paved our driveway, bought a chunk of land, and paid for this trip to Orlando (all with cash).  Stacking your money when times are good is extremely important, because when it rains, it pours.

What has your emergency fund helped you get through?

4 Responses to "How An Emergency Fund Made Life Easier"