You are here: Home › Investing › Everyone Panic, Sell Your Stock! (Sarcasm)

Over the course of this past month US indexes have fallen around 9% in value, erasing all gains made throughout the year. Emotional investors will see this downturn as a reason to bail from stocks, and in doing so will invariably lock in their losses. The only way to successfully invest in the stock market over the long term is through dollar cost averaging.  When looking through a DCA lense, you realize that corrections such as this are a GOOD thing, because the ownership of the companies you are buying are on sale.  If anything, a market correction is a good signal to BUY and not a signal to sell your stock.

A Tale of Three Investors:

In the summer of 2008 Bill, Joe, and Scott each owned 1,500 shares in a Total Stock Market Index Fund, worth approximately $50,000 at an individual share price of $34.16. Each had been funding their account at $500 per month.  When the market turned down Bill (Investor A) continues to invest his $500 per month in the fund.  Joe (Investor B), after seeing several months of losses sold all his stock, but continued to save $500 per month in a cash account. Scott (Investor C) decided to keep his shares but refused to invest any more money. What happened to their investments over the course of the next 6 years? Using historical price data from VTSMX from June 2008 to October of 2011 we get the following results:

Bill, who chose to keep investing his $500 per month was able to purchase more shares in the down market, He now owns 2,722 shares valued at $48.61 each.  By October 2014, his total investment was worth $132,000. Due to dollar cost averaging, The 1,222 shares were purchased at an average cost of $31.50, even though shares haven’t sold for that amount in 3 years. He was able to buy more shares when prices were low and fewer shares when prices were high.

Scott, who refused to buy more shares, has seen the value of his investments recover, but now still only owns 1,500 shares, worth around $73,000.  Even though he refused to invest another penny, he still ended up ahead of Joe who sold his shares and continued to save $500 a month.

Allowing emotions to control investment decisions ensures that we will sell when the market is down and buy when it is high, the exact opposite of what we want to be doing.  Since we never can know for sure when the market is at its high and when it is at its low, dollar cost averaging is the best option. Without fail, market timers under perform those who consistently invest.  I know several people who sold their investments in the fall of 2008 and are still hesitant to re-invest. Not only did these people sell at the low point in the market and lock in realized losses, they also missed a chance to invest when stocks were on sale, and they missed the subsequent recovery.  When market corrections happen, think of the lessons from 2008.

When I ran the numbers for this article, I forgot to do one very important thing, I didn’t add in dividends paid by the funds! Between 2008 and 2014 Vanguard paid around a 2% dividend every year. upon re-running the numbers, I came across the following results:

Joe, Investor B, who panicked and sold his shares at the start of the down turn but continued to save $500 per month in cash still ended up with $71,535. (No change, sold his shares)

This demonstrates my point to a better degree. By taking NO ACTION and continuing to invest during the downturn Investor A now has over twice the amount investor B has, despite saving the same amount of money.  Investor C even outperformed Investor B even though he chose to not save another penny.  When it comes to investing, especially in index funds, don’t panic, stay the course, and in retirement you will thank yourself. If You liked this post, check out our comparison post on Gold Vs. the stock market from 2008 to 2015. 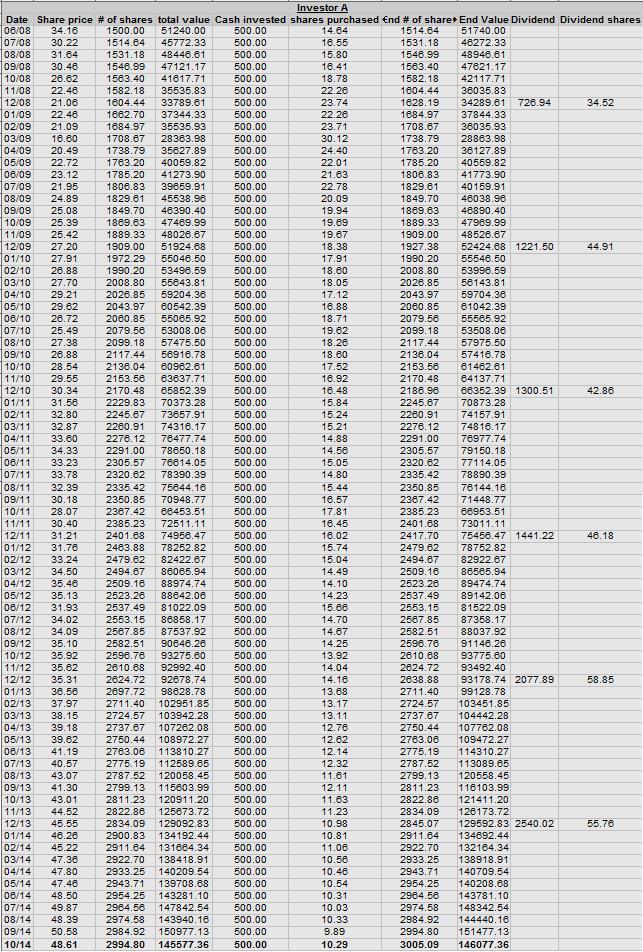 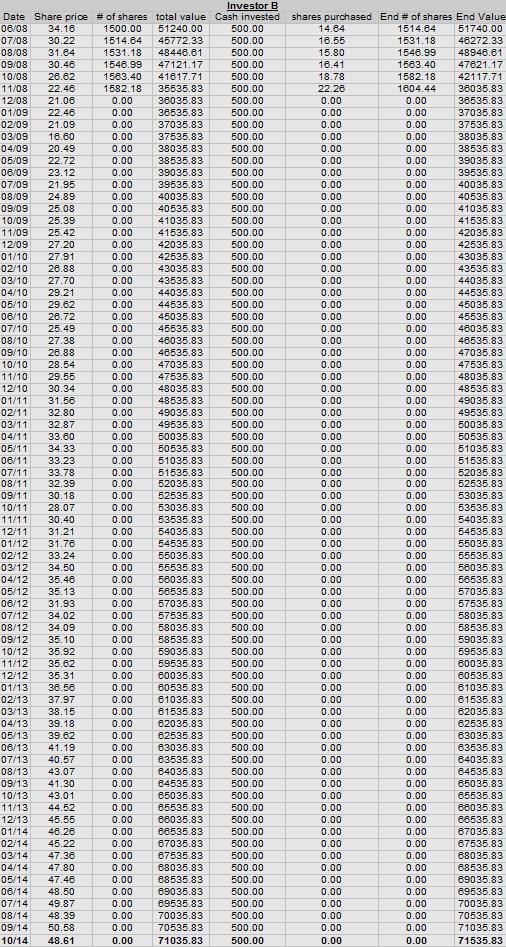 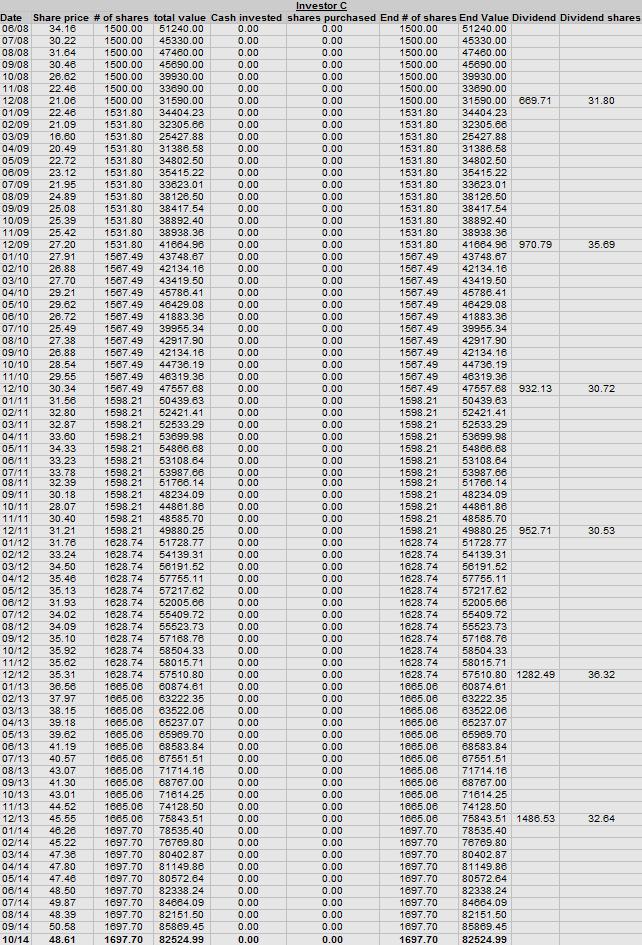 One Response to "Everyone Panic, Sell Your Stock! (Sarcasm)"