You are here: Home › Employment › The Nuclear Contractor Travel Guide

Perhaps the best aspect of working as a nuclear contractor is getting to see different parts of the country.  Over the last 10 years I have gone to some amazing places, and occasionally I have learned about some too late, after I had already left the area. This list is by no means complete, as I haven’t been to even a majority of U.S. plants.  Please feel free to add new destinations in the comments if you have been to these areas, or other nuke plants as well!

ANO: (Russellville, AR) The Ozark Mountains! ANO is about 5 miles south of the Ozark national forest.
During one of my jobs at ANO I ended up with a rental car to myself and a few days off, so I spent a lot of time walking around the Ozark mountains.  The area was extremely beautiful and there are tons of trails to enjoy. Quachita National Forest is just south of the plant as well. 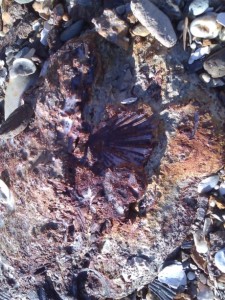 Calvert Cliffs: Calvert Cliffs State Park:  This park is next door to the nuclear plant and is littered with fossils.  Most are small in size, but it is a really cool place to go.

Washington DC is only an hour away. There is a ton of free and cheap attractions in the city.  I was able to check out the WWII and Vietnam Veterans memorials, the Lincoln memorial and Washington monument.  We also walked by the White House and the Capital Building.  There are several high quality museums in D.C. as well. 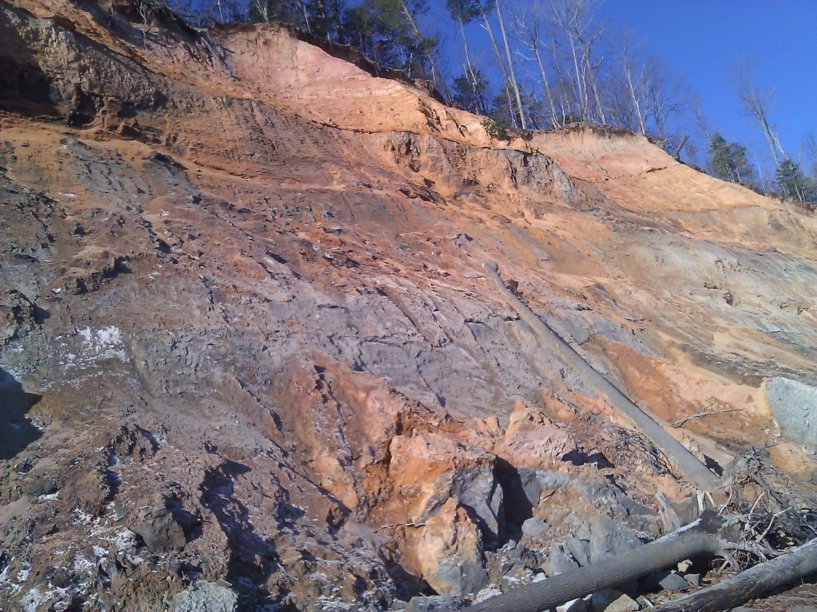 Biltmore Estate:  I took a tour of this place during my first visit to McGuire.  It’s about a 2 hour drive from site, but well worth it.  Biltmore Estate is the famous Vanderbilt mansion of the gilded age that is the largest home in the country at 178,000 sq. ft. It’s worth paying the extra few bucks for some of the additional tours.  I really enjoyed seeing the “guts” of the building, including the coal boilers and other systems.  I seem to have lost all my photos from this adventure :(. 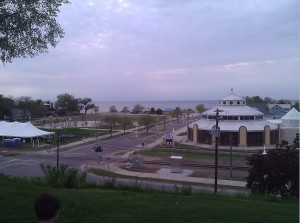 DC Cook / Palisades:  Okay, so this is my backyard.  Of course The many parks and beaches along Lake Michigan are a must.  We have the best sunsets here over the lake.  I highly recommend Tiscornia Park and Rocky Gap Park in St. Joseph.  These parks have probably a quarter of the people that Silver Beach has and the beaches are just as nice.

Warren Dunes State Park: Michigan’s Sand Dunes are amazing, you won’t find anything like them anywhere else.  There are some cool sand dunes at Van Buren State park, which is where contractors park at Palisades. 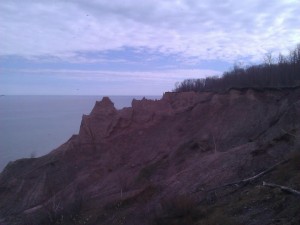 Ginna:  The last time I was at Ginna we had a few days off of work and I got to do a lot of exploring.  Just up the road is Chimney Bluffs State Park, which was amazing! While we were there there was literally no one else.  The entrance to the park has warning signs telling visitors that you can die here, and that people have.  The trail starts out just a few feet above the water and slowly climbs to probably 100 feet above the water.  The main picture of me on the sidebar is from a tree at Chimney Bluffs.

A more touristy place is Watkins Glen State Park It’s a bit of a drive, but is amazingly beautiful. 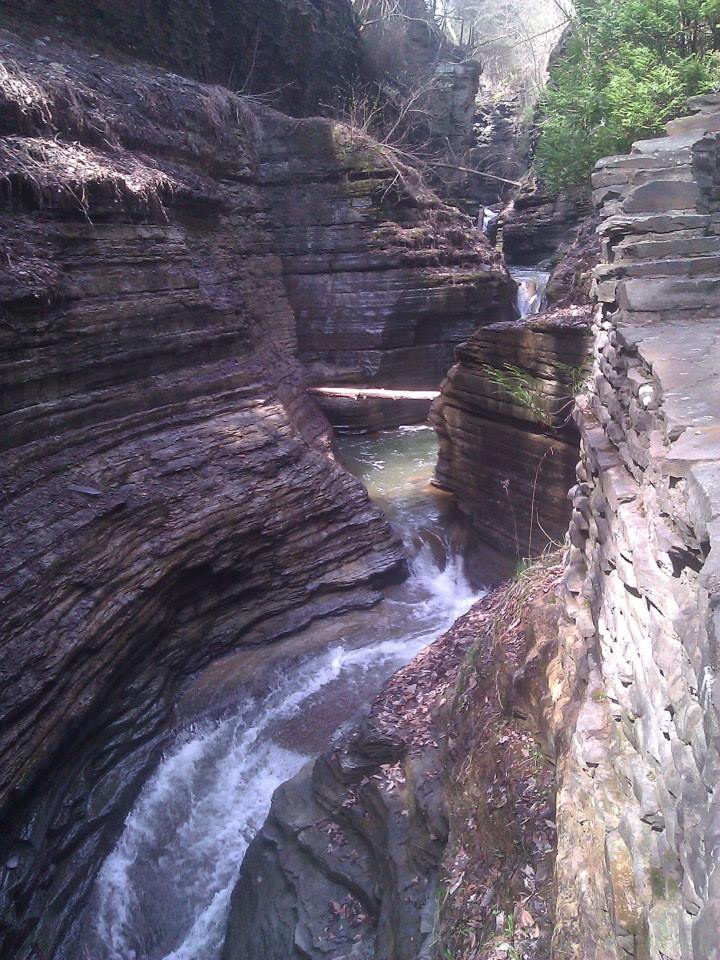 Niagara Falls: Niagara Falls is about a 2 hour drive from Ginna.  It’s also a bit touristy, but still one of the major U.S. landmarks, and the site of a major hydro plant that was one of the early plants to use Nikola Tesla’s Alternating Current. 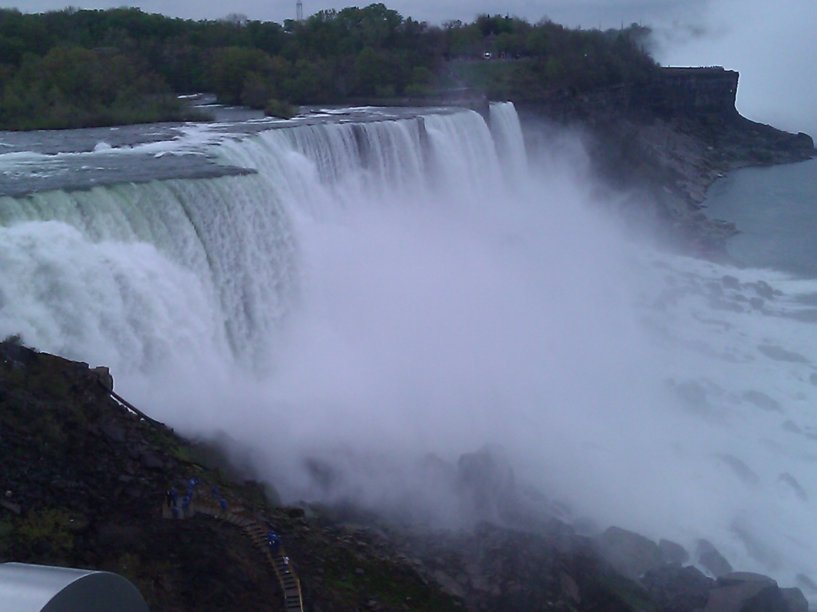 The coolest place I found around Salem is a state park that used to be an active military fort over 100 years ago; Fort Mott.  The concrete is all still intact, as well as a watch tower.  Some of the gun emplacements are still there. The fort is part of a concentration of 3 forts that protected the Delaware river from the Spanish. Super frustrated that I can’t find my pictures to this place. The area is also where the first immigrants from the Netherlands established a colony in the New World in 1638, naming the colony “New Sweden”.

Hancock’s Bridge is on the way to the plant and John Hancock’s home is on the right hand side of the road on the drive in.

Philadelphia is right over the bridge. I’d recommend a tour of the US Mint (free and self guided) as well as a trip to see Independence Hall and the Liberty Bell.

Lynchburg, VA: Lynchburg is the headquarters of Areva and BWXT.  If you are doing training there then you might want to take a 2 hour trip to the Greenbriar hotel for a tour of the government bunker that was built in secret and would have allowed for the continuation of the federal government following a nuclear war with Russia during the Cold War.

Millstone:  Millstone is located in the same town as Gungywamp. Gungywamp is an area the has many old stone works that date back to colonial times and potentially pre-columbian times.  Gungywamp is on private property and visits are done by tour only though. Unfortunately the 2 tours that were offered while I was there didn’t fit with my work schedule.  This is an amazing place to see I’m sure.  Private tours can be arranged through the Denison Pequotsepos Nature Center.

Palo Verde: From Palo Verde it is a 4 hour drive to Grand Canyon.  That’s a decent journey for a day off but since its one of the nation’s premier attractions, I figure it’s worth being on the list.

South Texas Project: STP is a 5 hour drive to Boca Chica SpaceX Launch Site.  SpaceX plans to start launches in 2018 and perhaps the first humans to set foot on another planet will leave from Boca Chica. Once again this is quite a drive, but if the timing lines up seeing a Falcon Heavy or an Interplanetary Transport rocket blast off would be well worth it. 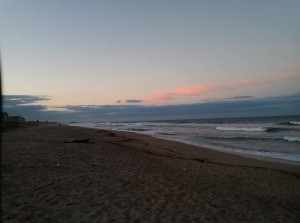 St. Lucie: St. Lucie is located on Hutchinson Island on the East Coast of Florida.  The beach is a pretty cool place, but very touristy.  I found that around 6pm is a great time to go down there.  Most people are having dinner and the sun isn’t excruciatingly hot. There are several public access points all along the coast. I also found several cool shells, although the inter-coastal side had better shells than the ocean side. 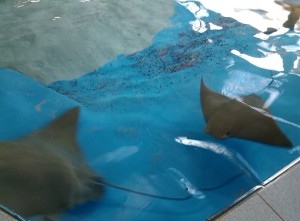 I visited the Florida Oceanographic Visitor Center while I was there.  It’s 12 bucks for adults and $6 for kids.  Including walking the 1.25 mile trail I spend 2.5 hours there.  They give 3 20 minute classes in quick succession, 1 on stingrays, another on sea turtles, and another on game fish.  The stingray pool is set up so that visitors can pet the sting rays!  Where else will you get a chance to do that?

Surry:  Jamestown is real close to Surry (like 2 miles as a crow flies). I was only at Surry for a short job so I did not have the opportunity to go visit.  Another area attraction is the ship building at Newport News.

TVA Inprocessing Center: Anyone going to a TVA plant (Watts Bar, Sequoyah, Browns Ferry) In-processes in Hollywood, AL.  I just found out that just 10 miles south of the In-processing center is the worlds coolest thrift shop, The Unclaimed Baggage Center! The Unclaimed baggage center buys in bulk from all the major U.S. airlines baggage that has gone unclaimed for over 90 days.  They also receive items left behind on planes.  The store is over FORTY THOUSAND square feet, just shy of an acre, which is around the size of a normal Walmart sales floor; but with a much wider assortment of items. 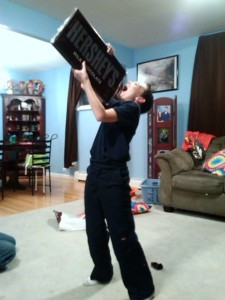 Three Mile Island: Going to TMI in and of itself is a destination point, as the site of the famous nuclear accident in 1979.   About an hour up the winding roads is a town called Centralia. A coal mine under the town has been on fire for 55 years and the town was evacuated, and most of it destroyed. The fire will most likely still be burning hundreds of years from now.  There are a few houses left that people still live in who won legal battles to remain in their homes.  The coolest part of the town is the section of Route 61 that was abandoned.  There is about a 2 mile strip of highway that you would never know it was there without looking for it.  Park at the cemetery and walk South.  There is a massive berm of dirt built up to block it.  walk over the berm and you are there.  The highway is coated in graffiti and is named in accordance with this the Graffiti Highway!

Hershey Park is another cool place to visit.  We stopped by there and I bought the World’s Largest Hershey Bar

Waterford: Waterford is located in Louisiana right outside of New Orleans.  Certainly a good opportunity to check out Lake Pontchartrain and of course New Orleans. It’s really weird working in a plant that has elevation levels that are below sea level.

Wolf Creek:  Wolf Creek is located in Kansas, and is roughly in the center of the United States.  I have not had the chance to go to Wolf Creek, but a friend of mine (who will remain nameless 😉 ) has worked there and during his day off visited multiple abandoned U.S. Missile Silos.  You can actually find these things on google maps.  Some of them are flooded, some have fences around them, and some are private property.  Might not be the best idea,  but hey it would be cool to see some of those places.

For all my nuke friends, what cool places have you gone to while visiting sites?  This list is obviously very incomplete so any additions would be greatly appreciated!