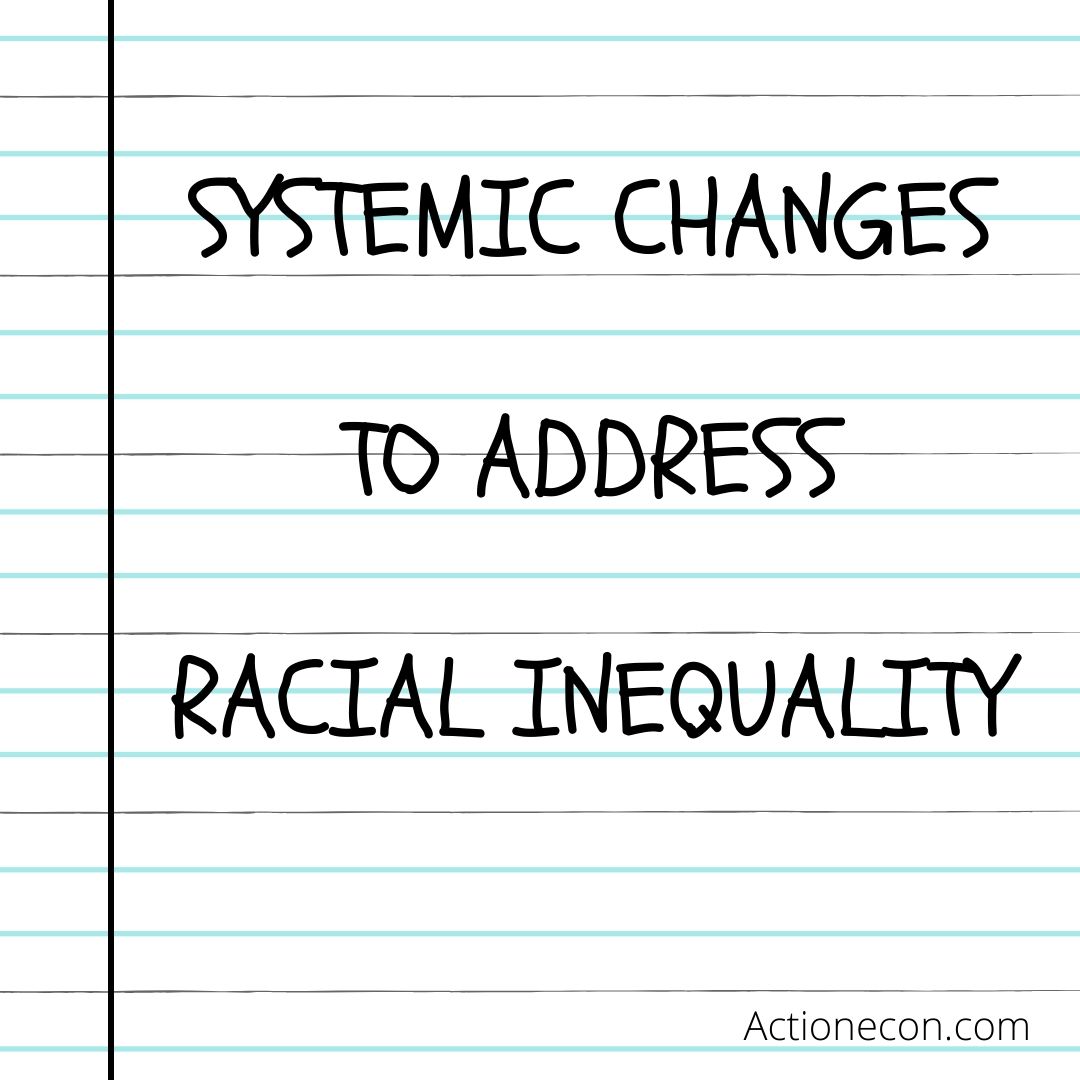 This is part 1 in a 8 part series detailing the problems and some potential solutions to the racial inequities in America. Originally this was a single post, but the formatting for a 12,000+ word article didn’t work well.  This isn’t based on Libertarian, Republican, or Democrat ideology.  These are a mix of solutions that could span the party lines.  A good chunk of these ideas are not new and similar ideas may have been proposed in the past by others.  This isn’t about towing a party line, it’s about leveling the playing field for everyone and helping our society build wealth.  I have accepted that we will never have a small government, so IF we are going to have a large government that engages in social engineering, lets at least have our social engineering being positive actions that ACTUALLY help people improve their lives.

Some background on me. I’m White and my parents started out poor as very young parents.  My parents have worked their way up in America from the lowest quintile to the highest quintile of both income and wealth over 4 decades.  As an adult I have been in quintiles 1 – 4 for both earning and wealth, and should break into the fifth in the next few years. Economic mobility is real and can be achieved, but it is much harder for people of color and for people who live in economically disadvantaged areas.  I live just outside of city that is 85% Black and has a poverty rate of 48%. I lived in that city for 7 years and we moved outside the city when we could afford a house with a larger yard. I live only a couple miles out of town.

Because this is a personal finance blog I do focus on money, income, and wealth quite a bit.  This focus is also because if these problems are addressed, then the problems caused by poverty will start to fix themselves.  I wrote an in depth article on the racial wealth gap 2 years ago, but I did not address all of the problems that caused it nor did I come up with as wide of a range of potential solutions.

My sister in law died of a drug overdose at 21 and Mrs. C. and I are raising her two boys who are mixed. We have had them for the past 5 years.  Over the past few months we have been having some deep and serious conversations with them in light of what is going on in America right now.  It’s no easy task to explain to an 8 year old that he may be treated differently due to the color of his skin.  Our kids go to a very diverse school district that has a mix of Black, Hispanic, and White children.

Two years ago there was a tragedy in my community and a mom and 5 of her children were killed in a fire at a motel that had been converted into apartments.  The mom had been a friend of ours for several years and 2 of her children were best friends with 2 of our children. I wrote an article detailing these events at the time.  This family was doing everything they could to move forward in life.  Kiarre (the mom) and her husband both worked.  They had previously rented a house but a house fire there caused them to become homeless.  They briefly lived with family members, but bringing in an extra 8 people to your household is very rough.  There are extremely few large rental homes in our market.  Because of the lack of options and to keep her family together they rented a converted apartment at a former motel.  When a fire started in a different part of the building at 2AM the entire building filled with smoke.  They tried to get out of their 2nd story apartment, but the smoke stopped them.  Kiarre’s husband barely escaped with their daughter.  Kiarre and her 5 sons died.

This 100% would not have happened if they had not been poor.  They would have never been there.  What compounded this tragedy was the worldwide media that the story attracted.  In trying to help spread the word about a Gofundme account to help with their final expenses, I ended up going to comment threads and reading through them.  Make no mistake, racism and class-ism is real.  The vitriol and judgement that was slung at a woman who just died while trying to save her children was heartbreaking.  They called her a welfare queen (both her and her husband worked and they were married, which cuts out a ton of potential assistance).  They said good riddance to her children who would grow up to be criminals (her boys were 100% model citizens, they would have been the best of us, not the worst). They said she had no right to have 6 children (she had been trying for a daughter, many families have more kids than originally planned when they are trying for a son or a daughter).  There is still a lot of hatred in this country.

This was the motivation for Mrs. C. and me to get into rental real estate to focus on turning larger homes into rentals.  In the past 18 months half of the 4+ bedroom houses that have come up for rent have been ours.

Although I have lived in a primarily Black community, have Black friends, and Black family members, I of course don’t know, and can’t fully know, what it is like to live with these issues every day.  I don’t have all the solutions. The solutions I have listed here can’t fully fix all the problems in our society.  I’m sure there are some issues I don’t even know about. I encourage everyone to add their comments about what they think to this discussion.

I do think that the problems I identified here if corrected would solve a good chunk of the financial, achievement, and incarceration gaps in our society.  I’m sure there are more systemic issues that need to be addressed, but I believe these are the heaviest hitters.  These solutions would be applied to everyone.  But John, If everyone gets these benefits how do these actions specifically help racial inequality?  The answer to that is that what helps one race of people will help all races of people.  We have a very diverse country and several generations of interracial marriages.  We have people who have immigrated from every country on Earth.  The last thing I want to do is create a bureaucracy where people have to prove their race in order to receive benefits.  Any solution that divides us as a country is not the route I would want to go. Any solution specifically stating race would also be tough politically, and potentially unconstitutional.

I’m going to talk about criminal justice reform, employment, government assistance, housing, education, banking, and retirement. I absolutely appreciate any and all feedback that you can provide to these ideas, as well as the sharing of other ideas you have.  This blog is just as much about me learning new information and viewpoints as it is for me sharing information and my viewpoints. I did a ton of research for this series of articles and I highly recommend following the links in these articles for further reading on the individual subjects below.

I also don’t want this article to seem like it is “doom and gloom” or that Black people can’t succeed without these changes.  This is far from the truth.  There are barriers and obstacles in the way for all of us to succeed in life, and these barriers are different for each person.  Regardless of what the barriers are and if they are fair or not, we all have to run our own race and strive to get to that finish line.  What I talk about in this series is ways that we can do better in the way our society is set up.  I strongly believe that every individual can achieve greatness.  I love this country and we have come a long way since the end of slavery, and even since the start of the 1960s civil rights movement.  That doesn’t mean that we are done.  Patriotism is more closely linked to dissent than to conformity, and by criticizing the structures in our federal government please understand that this is coming from a place of love for my country and those in it, and not about being Anti-America.

For every article in this series I will go back to my original formatting for articles on this site and leave a list of action items at the end.

Actions You Can Take: