Our criminal justice system has never been color blind.  Even with an overall reduction in crime we have had a massive increase in our prison population, and that population is very disproportionately Black.  Criminal justice both feeds off of and produces the increasing wealth gap between White Americans and Black Americans.  People without resources are much more likely to commit crime in the first place, they are way more likely to not be able to afford cash bail, and any time in jail produces devastating financial effects that continue for long after time has been served (even if found not guilty). Criminal justice reform was been a hot topic issue as of late and here are the most pressing items that I think will bring about the most positive change.

End the War on Drugs: The war on drugs has been a colossal failure.  From a libertarian standpoint I don’t believe the government should tell free men and women what they can and can’t put in their body.  Are most illegal drugs bad for you? Yes.  Addiction is a real problem.  My sister in law died of an overdose of legal, prescription drugs. We need to treat drug addiction as a medical / mental health disorder and not as a criminal justice matter.  My Sister in law struggled with addiction but was hesitant to seek help, fearing that she would risk getting losing her kids and potentially going to jail.

The war on drugs has caused mass incarceration and the war on drugs causes far more human suffering than the drug use itself does.  We have the highest percentage of our population in prison of any other country in the world, and the majority of them are for drug offenses.  Locking people up for drugs accelerates the breakdown of families, permanently destroys that individuals earning power, and costs society a ton of money because prisons aren’t cheap. I highly recommend checking out the book “The New Jim Crow: Mass Incarceration in the Age of Colorblindness

” about how mass incarceration is destroying black families. 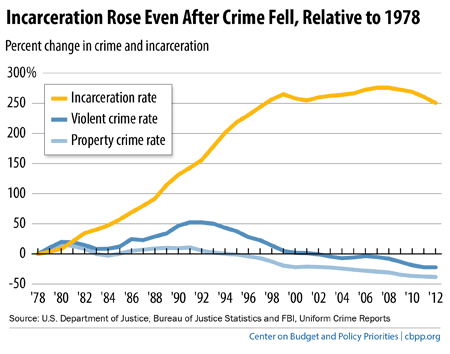 End Mandatory Minimum Sentencing: Mandatory Minimum sentencing requires judges to put people away for X amount of years if convicted of a specific crime.  This completely takes away the circumstances of the crime, and is magnified by the cash bail / plea deal problem.  Mandatory minimums transfer sentencing power to prosecutors from judges, which gives a conflict of interest.  The prosecutors threaten extra charges with guaranteed prison time, and thus defendants take plea deals, even if innocent.  95% of defendants of federal drug charges plead guilty.  Mandatory minimum sentencing throws lives away and needs to end.

Mandatory minimums are largely in place for drug offenses, however certain gun charges and other crimes also carry mandatory minimums. Currently nearly 40% of all prison inmates are serving sentences with mandatory minimums.  As an example anyone with the following amounts of drug possession faces a mandatory minimum sentence of 5 years in prison, from the Criminal Justice Policy Foundation: 5 grams of crack, 500 grams of cocaine, 1 kilogram of heroin, 40 grams of a substance with a detectable amount of fentanyl, 5 grams of methamphetamine, or 100 kilograms or 100 plants of marijuana.

Pardon ALL Non Violent Offenders With No Victim: Reduce prison population by over 50%. Ending the war on drugs doesn’t automatically end mass incarceration.  There are people in this country today who are in prison for acts that are completely legal now.  Mass pardons are needed and expungement for all crimes with no victim. One major check in our criminal justice system is the presidential pardon.  The president has blanket authority to pardon anyone convicted of a federal crime, with no limits.  Pardons have historically been used very sparingly, whereas with our current system of mass incarceration a whole-scale method is needed.

The most pardons issued by any president was FDR with 2,819 at a time when the total prison population was under 200,000 people. With a prison population of over 7 times what FDR had, our recent presidents have issued far fewer pardons.  George W. Bush issued 189, Barack Obama issued 212, and Donald Trump has issued 25. For state inmates Governors and State Parole boards are needed to issue pardons. It’s very concerning that the trend has been for Presidents to issue pardons very sparingly.

Independent Review Boards for Judges: This is extremely important.  You see comparisons on social media all the time of 1 person who got an extremely lenient sentence compared to another with the exact same “crime” who gets an extremely harsh sentence.  While our criminal justice system needs reform overall in this regard, I think specifically looking into every judge’s history for patterns is needed.  The review board would be composed of a diverse group of citizens, NOT prosecutors and state bureaucrats. Their reports would be made public for all the see and they could also convene re-sentencing hearings for offenders with another judge or panel of judge(s).

Independent Review Board for Police: The same as above. These review boards although focused on the police department as a whole could also look at the statistical behavior of individual officers. These reports, published on the county / city websites would give the community information that they should know about how the department operates, how discipline issues are handled, and how officers are treating the people they encounter on a daily basis.

End Qualified Immunity and Hold Bad Cops Responsible: Not all police officers are good, and there are police officers who use excessive force and murder people, and disproportionately people of color.  When these CRIMES occur the police departments and police unions tend to protect the officers to an amazing degree and its rare if charges are ever brought to the officers involved, let alone convictions.  Ending qualified immunity would open up these officers to civil suit in addition to criminal suit.  When cops know they will be held accountable behavior will change. Our society is much more willing to give a cop “reasonable doubt”, while much less likely to give the same doubt to a Black man.  An extreme example is the murder/execution of Daniel Shaver by a cop.  The entire thing was recorded clearly on body cam and a jury still found him not guilty.  The cop was then given a $2,500 a month pension due to his PTSD from committing a murder.  In a situation like this a jury may have not been willing to send a cop to prison, but in a civil case may have been willing to state that he was responsible.

End Cash Bail: The cash bail system 100% turns being poor into a crime.  Depending on what individual county or city a crime took place and the severity of the alleged crime, people who can’t make bail can spend weeks, sometimes months in jail awaiting trial.  Being in jail for this period of time will often cause job losses, home losses, and the destruction of relationships.  For people unable to pay bail a plea deal, even when completely innocent becomes the logical path forward.  People plead guilty to crimes they didn’t commit to avoid being locked up for months. These guilty pleas get them released, but then affect them when looking for housing, employment, and even further education down the road.

End Plea Deal Forcing: In addition to awaiting trial in jail, it is common practice for prosecutors to charge people with additional charges that they know won’t hold up in court as leverage to force a plea deal.  They tell the defendant that they will go for all charges if he takes the case to court, OR he can take a plea. There needs to be a check on prosecutors that they can not stretch an alleged offense into a higher rate than it is.  This is also compounded by mandatory minimums. 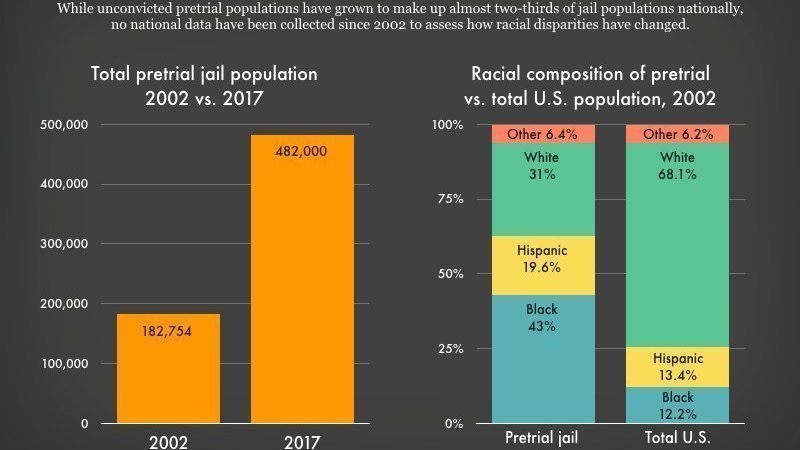 Note: All of these criminal justice reforms would reduce federal and state expenditures, not increase them.

Actions You Can Take:

Continue on to Part 3: Education and Employment Reform