You are here: Home › Retirement › Pension Spiking, A Brilliant Strategy? 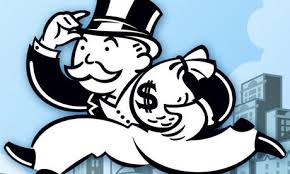 I’m working in New Jersey right now, just a bit down the road from Philadelphia, and in my google news browser the article “Rampant overtime spikes city employees pensions in Philadelphia” popped up and spiked my interest. What is Pension Spiking? For certain municipalities, increasing overtime greatly increases pensions. In the city of Philadelphia for example, the highest three years of earnings are what is used to calculate the pension an employee receives.  This of course creates a major incentive for employees to have 3 years of abnormally high earnings.

Since these are public positions, apparently the individuals’ names and their earnings are a matter of public record.  A bit of backstory, the city of Philadelphia has reduced its workforce quite a bit, and some overtime is mandatory.  The author takes a slant against the workers who in his view, appear to be taking advantage of the system, that pension spiking is a drain on tax payers.  In my opinion, these are some damn hard working people, and earned every cent they got in pay, and have earned their pensions. Note: In this article there is no proof or mention of fraud involved. If the OT hours were fabricated to inflate earnings and future pension income, that is another story.  I am assuming that this did NOT occur.

The #1 working class man? A custodian named Val Barkley.  His base pay is $27,922 a year.  Val works a lot of overtime, in fact, he is one of the hardest working people I have heard of.  He earned $86,500 last year, $78,055 in 2012, and $81,218 in 2011.  Philly.com estimated that he would have had to worked 50 hours of OT every week for the entire year to increase his pay to this level.  That means he worked about 90 hours a week, all year for $86,500.  Based on these three years of earnings, if he never worked another high paying year, his pension would end up at $42,600 instead of $14,519 if he never worked an hour of overtime.  By trading these three years of his time, practically living at work, he almost tripled his pension, these are the results of pension spiking.  He read the rules for his pension plan, he accepted mandatory overtime, requested more, and worked hard in order to reach a goal.

Is the pension plan offered by the city an amazing deal for its workers? Yes! Is it practical for a city struggling financially? No!, but you can’t change the deal for people who have already put in the work and followed the rules.  If they want to change the rules going forward, that is one thing. If they want to limit overtime, then they can do so, but if work has to be done, there is a tradeoff.  As I mentioned earlier, the city has been cutting the total number of employees and overtime in some instances is mandatory. Social Security, the nation’s largest pension system, bases benefits off of the highest 35 years of pay, so 3 years is a heck of a deal.

Val is essentially working as much as 2 1/4 employees.  If there were 3 employees working, the city would have to pay 3 paychecks, 3 sets of health benefits, 3 sets of pensions.  The city may actually still be saving money by all the work Val and people like him are doing! I have to assume that the work is getting done too. If the city dropped two donkeys and kept one thoroughbred, they got a great deal, and their thoroughbreds got a good deal. I was just having a similar conversation with a friend of mine; There is something to be said for companies to pay high performers more, and cut the dead weight.

I have one major caution with this strategy.  While I feel the employer, the city of Philadelphia owes him the pension he is promised, it may not come to light.  The pension fund for Philadelphia city workers is drastically underfunded, like many pension funds throughout our country.  The pension fund is underfunded by over 50%!  What if what happened in Detroit happens to Philadelphia?  In Detroit, pensions may be cut by up to 36%. I like the concept of not having to worry about retirement returns, but I hate the idea that someone else, ESPECIALLY my employer, and in this case, ESPECIALLY a government entity, is handling my money.

Every state and municipality has different laws and regulations on how pensions are calculated. Some allow for deferred compensation, such as acquired sick days and vacation days to be turned in and given pay for those days.  Some allow for OT to count, while others don’t.  There are some instances where people are given a much higher salary for their final year as a “good ole’ boys club” type deal to earn a major pension boost.  There are some instances of fraud and abuse, where people fabricate the hours they earn. I am absolutely NOT advocating this.  I do think that it is prudent planning on the part of employees who have such retirement plan structures to work legitimate OT, seek promotions, and save up sick days and vacation days to cash in if they can to boost their pensions.  This is nothing more than following the rules already in place.

As a taxpayer, as a stockholder, and as an employee, I am not a fan of pensions.  I think defined contributions allow for SIMPLER handling for everyone, and are much easier to adjust over time. They don’t allow for these issues to come up. They don’t make a worker depend on the cities’ ability to handle money for a period of time that could last several decades. They also don’t put employers in the position of having these legacy costs and having to manage funds for several decades.  I think for MOST city workers and city governments a generous 401K match would be ideal, and contributions would AUTOMATICALLY be made when OT is worked.  Let’s say the city of Philadelphia instead of a very generous pension plan offered a very generous 401K match, even better than McDonalds to its employees? How about a 2 for 1 match up to 5% contribution? So Val puts in 5% of pay, they put in 10% of pay. For a normal year, Val would put in about $1,400, they would put in $2,800. For last year with all his OT, he would put in $4,325, they would put in $8,650.  No need for drama or legacy costs, the increased retirement benefits are given instantly, and no one will be “gaming the system”, or accused of it.

What can you do?

So what do you think about pension spiking, or pensions in general?