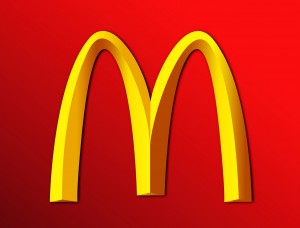 When I was a teenager I needed a job while still in high school. I applied at the local KFC first because they had a help wanted sign out front. They hired me and I ended up working there for almost three years.  While this was a minimum wage job, the reason I stayed was because of the flexible scheduling.  They worked around my college courses and that was worth its weight in gold.  I didn’t even think about looking to jump to another minimum wage job; I figured what’s the difference?

Recently, I was helping a friend look for an entry level job and I looked over McDonald’s application and hit a link on their site for benefits. It hadn’t occurred to me that an entry level job, especially for fast food workers would provide decent benefits, but McDonald’s proves to be the exception.  When I worked at KFC I was paid for my hours, that was it.  McDonald’s on the other hand has an excellent 401K plan that can really make a difference, especially for younger workers.

A 5% contribution of $673 would result in a match of $943, for $1,616 total.  With the maximum profit share McDonald’s could contribute another $540 for $2,156  total! Once again, The worker may also be eligible for the Retirement Savers Tax credit and receive up to half his contribution of $673 as a tax credit.

This is an amazing benefit.  While working at McDonald’s isn’t a terribly high paying job, as far as entry level employment goes, it’s tough to beat this amazing 401K plan. This works out great especially for young workers.