You are here: Home › Motivation › How Lucky We Are 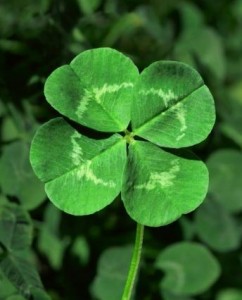 For the most part, I don’t believe in luck. I love the quote, “Luck is when preparation meets opportunity.” I try to look out into the future and set myself up so that down the road, as opportunities present themselves, I am ready to take advantage of them.  So for the most part, I think we make our own luck, the immediate actions that take place in our lives and how we react to our environment and daily challenges are the most important factors.

The only spot where “luck” comes into play in my mind is when and where we exist in the timeline of this planet. There is no ideal point in time and space, but overall, all of us living today have amazing advantages that previous generations didn’t have.

We live in an age of modern medicine, germ theory, and vaccines.  Our society has eliminated and drastically reduced the main scourges of mankind, that targeted disproportionally children under 5. Smallpox, responsible for more deaths in just the last century than all wars combined, was eradicated. Polio is on the brink of eradication.  Vaccines exist for a variety of ailments and child mortality is at an all time low.  People with lost limbs can get them replaced with robotic ones. Cutting edge surgery has allowed for organ transplants, limb transplants, and face transplants.  Organs and human tissue are starting to be grown in labs. Anestesia and modern painkillers exist, making many complex medical treatments bearable.

We have vehicles and road systems that allow for traveling at high speeds. On land our continent can be crossed in a few days. This has only been possible for the last 70 years, and vehicles for the masses have only been around for just over 100 years.  We can travel any where on this planet by plane in under 24 hours.  We can freaking go into space, and space travel for civilians is starting. We have detailed maps of every surface of this planet, with turn by turn directions to get us there.

In the last 20 years the widespread development and access to the world wide web has given humans in most areas of the world cheap and instantaneous access to the sum total of all human knowledge.  We can learn about virtually anything and connect with virtually anyone in real time, any where on the globe.  We have companies like Amazon who have unbelievable vision statements like “Deliver any book, ever written, in any language in under 60 seconds.” This is the finish line from what Guttenberg started in 1450 with the first moveable type printing press.  And speaking of Amazon, I can have almost anything I can think of, any product that exists, delivered to my front door in 2 days or less; a culmination of many of the advantages we have discussed so far.

We live in a period of “Pax Americana.” While we have been engaging in warfare recently, modern wars have not been fought on American soil. There has not been a war fought in our backyards since the civil war in the 1860s, and no foreign force has waged a real invasion since the War of 1812.  Unfortunealty our current wars still leave thousands of great men and women dead and injured, but our current wars have not been as bloody as those of the 20th century and before.

We live in an age of cheap, high quality artificial light. Electric light has barely been widespread for a hundred years.  Incandescents, Fluorescent, Halogen, and my favorite, LED lights are simple to use and are way safer than the gas lamps of the 19th century and the torches and open fires of most of the history of mankind.

We live in a post industrialized society, where the majority of our workforce doesn’t earn its living through subsistence farming or unskilled manual labor. Our technological advances have allowed for humans to not have to work as physically hard as in previous generations.

And of course, as this site is geared towards personal finance, we live in a world where people who are  not born into a ruling class have the ability to earn great fortunes. We have the ability to save money, and there is a concept of retirement.  For most of human history people worked until they died.  Liesure was only for those born into wealth or who acquired wealth through political connections and favoritism.

As I say this, I am sitting in a climate controlled room with artificial light, working on a computer mailed to me from across the continent by my sister, about to share information with people all over the globe with a touch of a button.  I travelled by plane to a job that didn’t exist 50 years ago, and couldn’t without the massive leaps in technology accomplished in the 20th century.  Although life is far from perfect, It is amazing how truly lucky we are.

“I am a great believer in luck, and I find the harder I work, the more I have of it.” – Thomas Jefferson

6 Responses to "How Lucky We Are"