You are here: Home › Education › Corinthian College Learns Emergency Funds Are For Businesses Too

Corinthian College, the company that owns three for profit colleges, including Everest, WyoTech, and Heald, may close its doors.  Due to a federal investigation over some serious allegations, the Department of Education has put a 21 day freeze on federal student loan payments going to the college because the college hasn’t addressed several serious allegations.  For a normal college this may not be as big of an issue, but Corinthian states that the 21 days without the cash may cause it to close down and of course seriously screw over its current students.

The Situation with Corinthian College

Corinthian College has three major accusations against them. They are being accused of changing student grades, falsifying the data on student employment post graduation, and altering attendance records.  Corinthian college also has been accused of having a predatory business model. They target low income students, sell them by presenting the above mentioned job placement data, then get them signed up for a combination of federal grants and student loans.

All of these are serious issues that bring the integrity of those running this institution into question.  Another major problem with Corinthian college is that most of their courses are non-transferable.  They tell you in their ads in fine print, but they go by so fast most people miss them.  They certainly won’t tell you loudly and explain the ramifications of such a system.  Basically if the college closes down or you want to change schools, you lost everything you worked for.

So Corinthian College states that going this 21 days without cash from the Department of Education may cause them to shut down, because they aren’t prepared for this financial hardship.  Most for profit colleges have multiple sources of income. Apparently Corinthian is heavily reliant on DOE money. 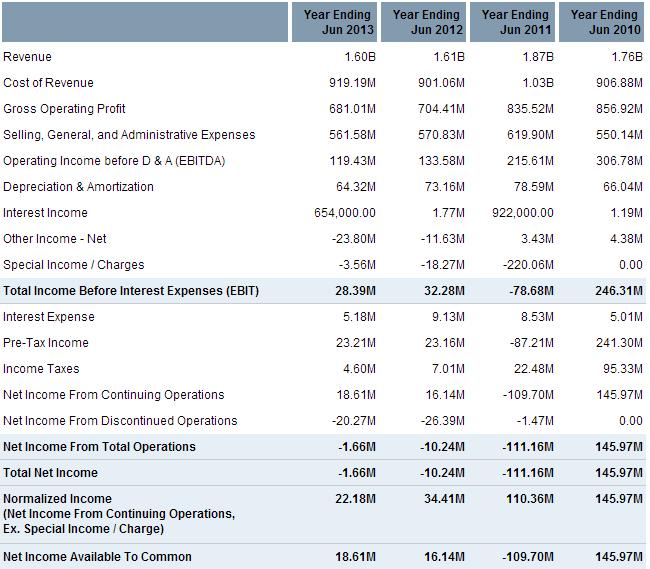 For an institution that has total revenue of $1.6 Billion 21 days of cash would be $92 million.  Having a 3 month cash cushion would be $395 million. How much cash does Corinthian College have on hand? According to their 2013 Income statement, which shows their position on June 30 2013, they had only $46 million of cash, which would make it difficult to weather a 21 day freeze in revenue. 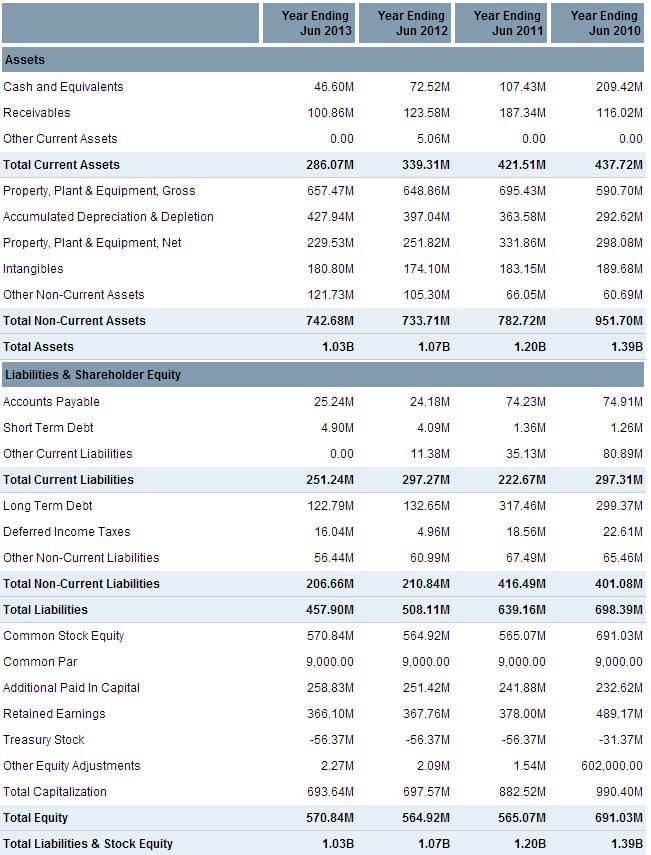 An emergency fund is essential for every business, but it is even more important for a business with the lions share of its income derived from one source.  Due to not having an emergency fund (and being investigated for some really shady practices), this company that employs 15,200 people and has 81,200 students may shut down.  Having some fiscal disciple could have prevented this.  And because most of their programs have a non-transferable credit system, the students are SOL. You worked hard and are almost finished with a degree? Oh well. The silver lining is that student loans in this situation may be forgiven. For the few people who paid their way through, they really get screwed. Can you imagine going to school for two years and then losing all your effort because the school closed down?

In the 2013 Annual Report to Shareholders, Corinthian states “In fiscal 2013, two of our institutions did not meet ED’s 90/10 Rule, which requires that no more than 90 percent of an institution’s revenue be derived from federal student financial aid (i.e. Title IV) programs. An institution must exceed the 90 percent threshold for two consecutive years before it loses such funding. Last fiscal year, two other institutions exceeded the 90 percent threshold, but as expected, they did not exceed the threshold for a second time. We continue to believe that the 90/10 rule is bad public policy that leads to higher tuition and other negative consequences for low income students.”

This shows just how reliant the college is on government money, and their position is that they should be allowed to be even more reliant on it.

The vast majority of the money that Corinthian College brings in is from the Federal Government. Why? Because their tuition is so expensive that very few people would pay for it out of pocket.  Here are the rates discussed in the same 2013 annual report.

Having an emergency fund is of extreme importance.  Can you imagine running a company and due to a lack of income for under a month over 15,000 people would lose their jobs and 80,000 students would lose all their effort? I couldn’t imagine having that on my conscious.  Corinthian College could have set up an emergency fund. They chose to whittle away their cash position over the past 4 years. They chose not to add to the cash they had.

In business, as in our personal life’s we don’t know what emergencies will pop up, only that they will.  Having cash on hand allows for options. The mis-management of Corinthian College painted the company into a corner and now their employers and students will have to pay a price.

What do you think about Corinthian College? Has anyone attended any of their schools?