You are here: Home › Employment › A Pause For Thankfulness

My oldest son and my oldest nephew both just turned 19.  They both entered the workforce in 2020/2021 and their experience has been vastly different from mine. The current labor market is probably the best to enter since the 1970s.  These kids have a ton of opportunity and I am excited for their futures.

My son’s first job paid $10 an hour and 3 weeks later he got a new job paying $16/hr.  That job was part time while going to school and now that he has graduated is full time and includes excellent benefits such as free further education, 401K matching, and PTO.  My nephew started in fast food at $14/hr and was promoted into management at around 1 year with a significant raise.  He then left that job for a factory job paying $20/hr while still 18.  This job is full time and every other week he gets 10 hours of OT. He’s earning just shy of $50,000 per year as at 18!

Both of these young men still live at home, which is also much better than what the norm was in the early 2000s.  I wasn’t kicked out, but I was in a rush to leave and moved out shortly before my 19th birthday.   If these kids stay at home another 12 months and continue to bank money they will have a massive head start on life.

I have a 13 year old who turns 14 at the end of the summer and is looking forward to being able to get a job. Next summer he may just have a chance as more places are hiring younger and younger teens.  At a minimum he should be able to get a job at the end of next summer when he turns 15.  Currently Culvers is the only place in my area that advertises hiring 14 year olds, and that’s a decent drive from our house. 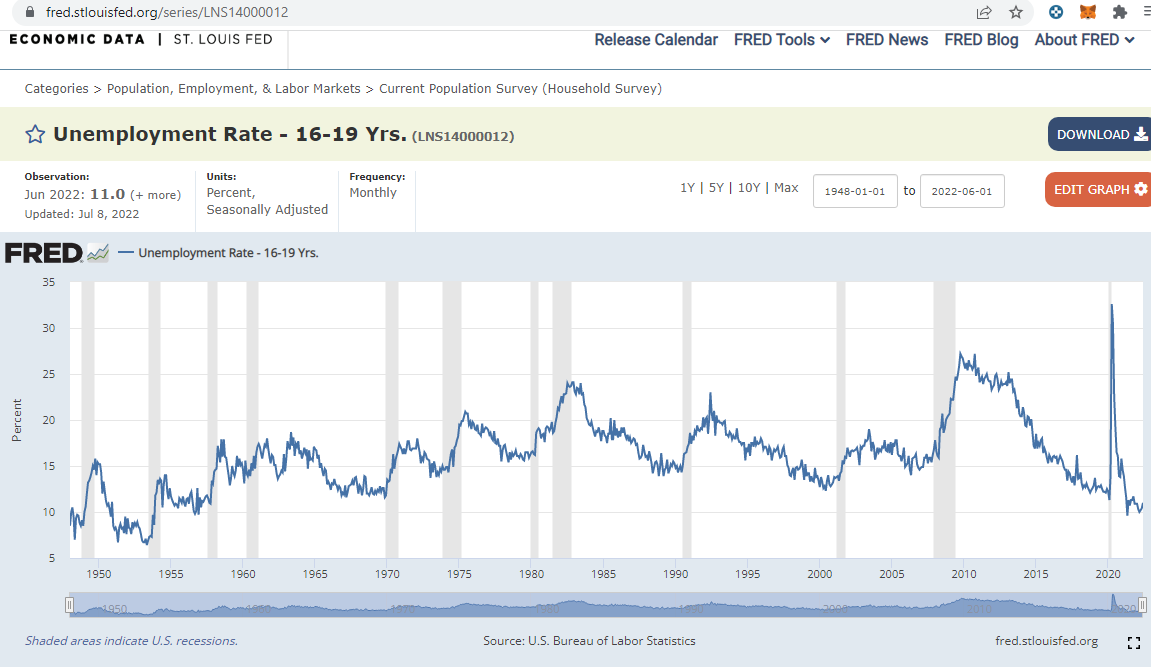 When I entered the workforce in 2004 Michigan was in a single state recession. Getting a fast food job was difficult.  Over the next 6 years The Michigan economy bore a deeper recession than the rest of the nation. Add on top of that that we lived in one of the poorest cities in Michigan. Mrs. C. and I both were working fast food jobs and earning around $6.50 per hour.  Inflation adjusted that’s around $10/hr in 2022 dollars.  I worked in fast food for 3 years and was earning $7.60 when I left in 2007. Our managers would often make threats along the lines of “If you don’t like it we have a stack of 50 applications in the office to replace you!”  And they did.  They would often cut people mid shift if it slowed down.

Today these places are hiring walk ins on the spot and are lucky if they get an application a week.  The employees today have far more power and respect than they had 15 to 20 years ago.  They also have the knowledge that they are in this environment and if they don’t like this job can walk out the door and get another job TODAY.  That was not a thing in Michigan in 2005 – 2011.

When I was 19 I found out about a temporary part time job working a nuclear plant refueling outage.  The job would last for about a month and I would earn $14/hr working 60 hours a week.  To me this was life changing money.  My hourly rate would be twice what my rate was at KFC.  That $14/hr job inflation adjusted would be $21/hr today.  When I showed up to the job fair, which was advertised as hiring 20 to 40 people,  there was a line literally wrapped around the building.  I thought there was no way I was going to get it.  Thankfully I did.  Today those same jobs fairs have been turning out single digit prospective employees.

No Push For College:

I graduated high school in 2004 and the K-12 to college pipeline was in full force.  Not only was college force fed on literally everyone, even going to community college was looked down upon.  The only path to success was going to a 4 year college, but even in the early 2000s the return on investment of a college degree was waning.  Today for the vast majority of people, college has a negative ROI.  Neither of these kids experienced massive pressure from parents, school, and society to go straight to college.  Going straight into the workforce prevents them from getting into massive student loan debt right off the bat, while developing skills and getting a head start on life.

There is a massive housing shortage in the US.  In 2005 Mrs. C. and I rented our first apartment. This was a 2 Bedroom 1 bath apartment for $500/mo.  Similar apartments today rent for around $800/mo, which is still in line with inflation adjustments…but there are NONE available.  In 2005 even though the economy was terrible and jobs were scarce, there was a housing surplus, at least in Benton Harbor, MI.  We just went to the apartment complex and they had an opening.  They always had openings.  Now there are NO vacancies at ANY of the 3 large apartment complexes in Benton Harbor.  There are typically between 0 and 3 houses for rent on craigslist/facebook in a month for a city of 10,000 people.  Back then there would be dozens. 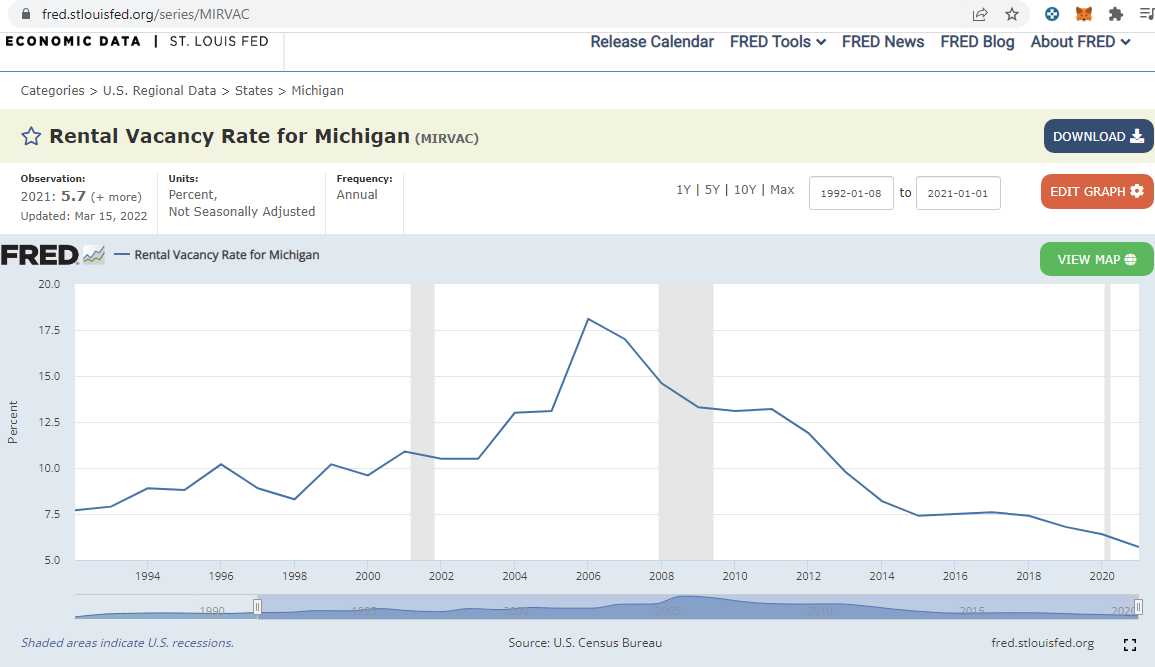 We bought our first home in 2006, which was a foreclosed 4 bedroom house for $48,000 (and we overpaid).  A similar house in todays market would sell for around $90,000, once again, fairly in line with inflation….BUT there is no way in the position we were in in 2006 that we could get a loan today in 2022.  In 2006 we actually got rejected for our loan application even though we were putting down 20%.  I had only been employed for 1.5 years and it was part time.  Mrs. C. also was classified as a part time worker and had steady employment for 2 years.  I had no credit and Mrs. C. had bad credit. The mortgage broker we were working with normally sent mortgages to a large bank for a referral fee.  He chose to underwrite our mortgage for a 1 year interest only loan at like 10% so that we could get the house.  This was an unbelievably kind thing he did for us, and we were able to get the house.  Today to get a mortgage requirements are much more stringent.

We are teaching these young men how to be prepared to buy a house and they may skip the rental phase of their lives altogether.

Isn’t the current job market amazing?  I’m very thankful that this is the environment my kids are entering the workforce in.